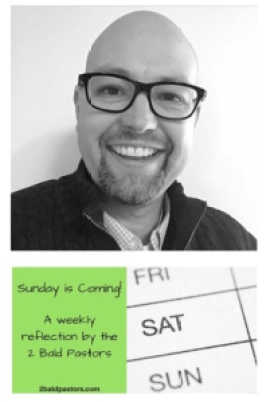 This encounter should both shock and surprise.

The setting takes place in foreign territory on the other side of the Sea of Galilee – hardly a place any respectable Jew, rabbi, prophet, or hopeful messiah should be. Yet this is where the mission takes him (and us by implication), and the need for Jesus’ presence is just as present there as in Galilee.

Jesus has an interaction with a possessed man. How was he treated? This man was chained up and and was now living in the tombs. He was exiled from the community; exposed yet locked away and mistreated by those who refused to care or try to understand. His peers were afraid of him and the danger he represented to their well-being and everyday lives. He was literally dead to them, by living in the tombs. Jesus just talks to him like a person, releases him from the physical prison, spiritual possession and exclusion that has defined his life and he sends him back into his community that rejected him to share his story of healing.

The demons are named ‘Legion’ (an interesting word choice). A Roman Legion was 5,000 men. The demons represent not only the sin and evil at work in the world but the oppression of empire that has the world under its thumb. Jesus dismisses both easily.

Legion is sent into the pigs. Pigs represent what is “unclean.” Perhaps what it is happening when Jesus drives them into the sea is that he is also subversively undercutting the distinctions made between Jew and Gentile. Why else would he be on the ‘wrong side’ of the Sea and helping the ‘wrong kind’ of people? Why are we so afraid to go to the ‘other side’ of where we feel comfortable in our own false distinctions of people?

What might people have experienced when this man, now healed from his demons came back into town to share what Jesus had done for him? He not only had his life restored – it was a complete transformation.

What might our lives look like of we started living in a way that witnessed to the transformation Jesus offers us?

What demons are holding us captive?

Where do we complacently still live in those shackles?

In a world where often feel powerless against the power, wealth and systems that hold us captive – what does this story reveal about who is really in charge? What new story can we tell?

Success! Now check your email to confirm your subscription.

If you want the best of what we have to offer sign up for our newsletter. You will receive a weekly post about our podcast and information about any upcoming events, appearances or shows.

Success! Now check your email to confirm your subscription.

Our Most Popular Posts